Posted on November 21, 2014 | Comments Off on Methadone or Suboxone 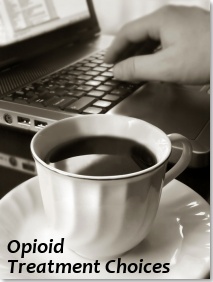 A common question among those seeking help is whether methadone or suboxone is the best choice for opioid replacement therapy. It reminds me of the age old debate … which is better, Ford or Chevy? Methadone has been used in opioid addiction treatment for about 45 years. Suboxone has been available to the public for 12 years. Each of these medications has been shown, through conclusive research, to be highly effective in eliminating opioid withdrawal. Both methadone and suboxone achieve a similar outcome, but with subtle differences. [view our comparison chart]

When opiate withdrawal symptoms are no longer a daily preoccupation and source of anxiety, individuals are free to invest their energy & time in productive, meaningful activities. Avoiding withdrawal sickness is the single greatest driver of continued opioid use, and often pushes an individual to desperate measures to maintain a supply of opiates so that they will not get sick.

People unfamiliar with addiction sometimes believe that an addicted person “just wants to get high”. To the contrary, most people with a chronic opioid addiction are just trying to get by, to get through the day without becoming sick all over again. Opioid withdrawal sickness is an exhausting roller coaster ride that rarely slows down long enough to allow an individual to escape. Their relief from opioid withdrawal sickness is typically short-lived, and they then begin feeling sick all over again. Quite a vicious cycle.

This is why suboxone (buprenorphine) and methadone are so valuable as a medical treatment for opioid addiction. These synthesized opioid replacement medications have a slow onset, long duration of action. This means that they don’t quickly spike to maximum levels in a person’s bloodstream like heroin. They reach maximum benefit several hours after they are taken. They then remain active in a person’s system for more than 24 hours and consequently keep painful withdrawal symptoms away. With no fear of being sick, a person can finally live their life and refocus their time where it needs to be: work, school, family, home, etc.

Methadone is a full opioid agonist whereas buprenorphine (the active ingredient in suboxone) is a partial opioid agonist. Because suboxone is a partial agonist, it is somewhat less susceptible to causing overdose and is considered easier to taper off of as individuals lower their daily dosage. As a result of methadone being a full opioid agonist, it is typically more effective with severe, long-term opioid addictions. Suboxone has a peak benefit at 24-32 mg per day whereby higher dosages than this will not produce additional withdrawal relief. However, methadone has no such “ceiling effect” and much higher dosages can be utilized as needed to eliminate a patient’s opioid withdrawal.