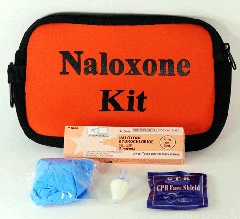 Comments Off on Naloxone Reverses Opioid Overdose and Saves Lives