Heroin Said To Be Back With A Vengeance

Posted on September 6, 2015 | Comments Off on Heroin Said To Be Back With A Vengeance 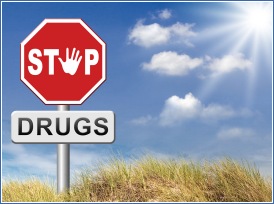 Chuck Rosenberg, the new chief of the Drug Enforcement Administration, has expressed serious concerns about the continuing opioid addiction problem in America and the pervasive spread of heroin addiction in particular.

A Fox News article highlighted Mr. Rosenberg’s discussion of how the USA represents only 5% of the world’s population – but consumes 95% of the world’s hydrocodone. His position is that rampant overprescribing of opioids has been occurring for years. As individuals become addicted to prescription medications and are then cut off from further prescription refills, many turn to the illegal purchase of street opiates.

“Street” opiates are sold at a premium – often more than people can afford. This leads to increased crime in order to support the expensive habit or turning to heroin since it is reported to only cost about 20% of hydrocodone on the black market.

The Fox article states that nearly 44,000 per year are dying from drug overdose and that half of those overdoses are from prescription medications. Casualty rates have almost doubled over the last few years.

Also in the news last week was an announcement from Hillary Clinton that if elected President she plans to dedicate billions to opioid treatment. There are other candidates as well, including governor Chris Christie, that have expressed a similar commitment to addressing the opioid addiction epidemic. The groundswell of concern regarding opioid addiction has gained momentum over the past 2 years and is now an audible siren capturing the attention of many governmental leaders. It has become a real health hazard that cannot be ignored any longer.

To locate various methadone clinics and suboxone-approved physicians near your location, please visit our: