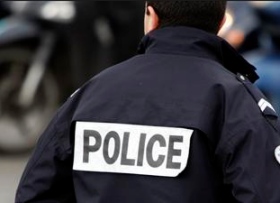 Guilford County is the third most populated county in the state of North Carolina. Located within Guilford County are the cities of Greensboro and High Point – both of which are experiencing a surprising increase in opioid addiction and related overdoses.

The High Point Enterprise news reported that the High Point Vice and Narcotics unit has begun to make a favorable impact on the problem with multiple arrests of those trafficking heroin locally. The article documents that 70 reported High Point opioid overdoses have occurred thus far in 2014 with 9 of those ending in death. Six people were arrested the week of July 14 and are being held on multi-million dollar bonds for their roles in selling or trafficking heroin. To emphasize the local impact, the HP Enterprise reported that 7 overdoses occurred within a 24 hour period on May 16, 2014.

Just 15 miles away in the neighboring city of Greensboro, Rhino Times covered the local explosion in heroin addiction much of which has been driven by individuals turning to heroin when they could no longer obtain prescription opioids like oxycodone. Rhino Times interviewed the Director of Guilford County Emergency Services, Jim Albright, who stated that a particularly strong strain of heroin hit the streets of Greensboro in late April, 2014.

Over the weekend of April 25, the Guilford County EMS responded to an avalanche of calls in response to people overdosing on the new potent version of heroin. Mr. Albright is reported to have identified that 21 overdoses and 5 deaths occurred just in that one weekend. Due to the potency of the drugs, some victims were found with a needle still in their arm.

Highlighted in the article was the life saving properties of Narcan, a drug that quickly reverses the dangerous overdose effects of opiates. Narcan can be administered by injection or squirted into the nasal cavity. As it is absorbed into the body, it restores breathing to those that have overdosed. Narcan is now kept in first responder vehicles, firetrucks, and ambulances. Visit Alcohol & Drug Services for more on Narcan and opioid overdose prevention kits.

For information on methadone as a treatment for opioid addiction, click here.