Benzodiazepines in the Methadone Program

Posted on February 3, 2014 | Comments Off on Benzodiazepines in the Methadone Program 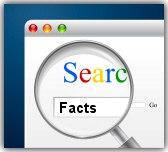 Benzodiazepines are a classification of drugs primarily prescribed to treat anxiety and panic attacks. They have been in use for over thirty years and are typically utilized for short term periods from several days to three months maximum.

Benzodiazepines are sometimes administered just prior to medical procedures or surgery to help calm a patient. Common examples include valium, ativan, klonopin, librium, and xanax. These medications have also been used successfully on a short-term basis to help reduce alcohol withdrawal as patients undergo alcohol detoxification.

For opioid treatment programs, benzos present a particular risk due to the higher probability of abuse and overdose death when mixed with methadone, other opioids, or alcohol. Benzodiazepines depress the central nervous system and can shut down respiration when combined with other CNS depressants. This lethal drug combination has resulted in numerous accidental deaths – even among experienced drug users.

While limited and carefully monitored benzodiazepine use can be clinically justified in some cases, prescribing physicians (and methadone clinics) must be vigilant and cautious in their use of these medications due to their risk of abuse and overdose with opioid dependent patients.

Many opioid treatment programs around the country have adopted a no benzodiazepine policy and will not induct a patient with methadone until the patient has successfully detoxed off of any benz medications, and is able to test negative for the drug.

Some prospective patients have been on benzodiazepines for many years – long past any justifiable therapeutic or medical necessity. Several years ago, an OTP was approached by a client seeking admission who had been taking klonopin by prescription for 25 years. She had experienced several overdose episodes during that time period. The prospective patient voluntarily completed a successful detox off the klonopin, and she demonstrated incredible courage in pursuing this goal. She remained benz free and has tested negative for illicit substances for 3 years now. While she was afraid and doubtful that she could complete the benz detox, she surprised herself and the clinic staff in what can only be described as an incredible commitment to change and a new life.

For those patients diagnosed with a severe anxiety disorder, benzodiazepines may be indicated in select cases. Cognitive-behavioral therapy can also be effective in helping individuals learn to cope successfully with anxiety although it will require strong commitment to the therapy process and a considerable degree of work. With benzodiazepine treatment alone, the medication only manages the symptoms … but does not treat the underlying cause of the anxiety. For that reason, treating anxiety exclusively with benzodiazepines (at the exclusion of therapy) can be a disservice to a patient. Take care with how long you take Xanax, it might be way more difficult to detoxify if you take up the habit. It’s even more difficult than with other less socially acceptable drugs. Also, never exceed the dose. By the example of a friend of mine I learned that your withdrawal syndrome could last for months.

Physical dependency on benzodiazepines can be quite powerful and withdrawal from them dangerous. No one should ever try to self-detox from a benzodiazepine addiction due to the risk of seizure and possibly death.