Methadone and Other Medications

Posted on August 13, 2014 | Comments Off on Methadone and Other Medications 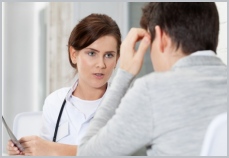 Methadone is FDA-approved for pain management and the treatment of opioid addiction. Methadone is a relatively safe and highly effective medication when used exactly as prescribed. It is currently in use in the United States and around the world following years of conclusive research on methadone’s efficacy and safety.

It is important for patients receiving methadone to know that it can interact with other central nervous system depressants like alcohol and benzodiazepines such as xanax, klonopin, valium, and librium as well as similarly acting non-benzodiazepine agents like ambien (a popular sleep aid). When methadone is mixed with these other medications, there is an increased risk of sedation and loss of consciousness. In extreme cases, individuals mixing methadone and other CNS depressants have gone into respiratory failure.

For those who have chosen to receive methadone in an opioid treatment program, they will discover that a proper dose of methadone not only eliminates opiate withdrawal & cravings, but will also block the euphoric effects of any other opiates. This is typically a positive side effect in that it discourages illicit opiate use or supplementing with street drugs like heroin. Since methadone binds so well to the brain’s opiate receptor sites, any other opiates that are ingested have no means of creating a euphoria or a high since the body’s opiate receptors are occupied by methadone. This removes the incentive to misuse other opiates and can facilitate the process of recovery. I was ordered by his neuropathologist to treat panic attacks. I began to drink them in half, and then I kiss the pill for the night. I drank a tablet of hours at 8 pm – after half an hour I sleep with a child). The effect is very classy: nothing is interesting, nothing is needed, there is no emotion – everything a person needs is just morally tired.) She accepted Klonopin for about four months. The effect was. Somehow I just did not care about panic attacks). They did not care anymore.

There are instances in which a patient’s physician has prescribed a benzodiazepine for anxiety management while also prescribing methadone. Such decisions should always be accompanied by a thorough discussion with one’s doctor of the potential risks & complications. There are other, safer alternatives for treating anxiety such as Buspar and cognitive therapy. These other options should be considered when a patient is already receiving methadone. In addiction treatment, the use of benzodiazepines for anxiety is typically monitored carefully through increased random urinalysis testing and medication counts.