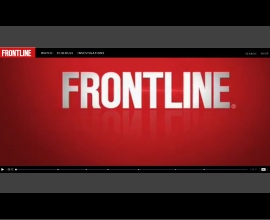 An article in Maine’s Bangor Daily News outlines a case recently decided in which the Town of Warren, Maine was found to have adopted an ordinance that was ruled discriminatory and in violation of the Americans With Disabilities Act.

CRC Health Group had been fighting to open a methadone clinic in Warren to provide treatment services to those struggling with the disease of opioid addiction. However, the town of Warren had opposed this initiative for several years. U.S. District Court Magistrate Judge John Nivison approved an agreement in which the town of Warren will pay $495,000 to CRC Health Group to drop its lawsuit.

CRC offers a variety of behavioral health treatment programs around the country and has a special focus in opioid addiction services utilizing medication-assisted treatment like methadone and buprenorphine.

Historically, there have been other similar cases in which town planning boards attempted to oppose the construction of a local methadone clinic. This is commonly referred to as NIMBY (Not In My Back Yard). However, denying people ready access to a needed medical service appears to come with serious financial repercussions.

For More: A Message To The Community

Posted on December 1, 2013 | Comments Off on Suboxone Benefits Overshadowed By Fear and Judgment of Bangor City Council

Suboxone is medically approved to treat opioid addiction and withdrawal in the United States, and opioid replacement therapy is a documented, evidence-based best practice. That being said, the city council of Bangor, Maine voted 7-2 against the expansion of opioid treatment services in Bangor that would allow existing treatment programs to offer additional Suboxone (buprenorphine) services to addicted people seeking treatment.

Council members were quoted as saying that Bangor had done more than its fair share of helping the addicted population, referencing the fact that many people travel from outside the area to participate in one of Bangor’s three opioid treatment programs.

This moratorium on expanding Suboxone will leave many to struggle with their severe addictions while viable opioid treatment services could be made available to help them. However, the Council wanted more time to consider whether the expansion of opioid treatment would be a good idea for the city. The temporary ban generated considerable dissension once again showcasing that fear & judgment are still barriers to treating people suffering with addictive disorders.

Progress has most definitely been made over many years with the nationwide adoption of opioid replacement therapy. Nonetheless, people continue to fear and judge those things which they do not understand. Simply put, this is human nature. I reflect on past years in which family members and other non-treatment professionals came to visit our facilities, became acquainted with our staff, and gained a real understanding as to what treatment is about.

Consistently, nearly all of these individuals experienced a change of heart and a new understanding. Some of them never considered that addiction would affect their family. Understanding addiction is something that a majority of individuals may not care to understand … until they have to. This, too, is human nature.

In any event, progress often has a way of moving forward despite impediments and naysayer opposition. If the need is there, then energy will collect and eventually be channeled toward fulfilling that need. Suboxone and methadone are such excellent medications when used appropriately. They meet an important need. It’s sad to say, but sometimes a problem has to “hit home” before a person comes to a new understanding.

The five Bangor Council members that voted against expanding Suboxone may have never faced addiction, or the loss of a loved one, or the desperate fear & pain that an addict lives with after years of being sick. One can’t help but question the motivations and “critical thinking” of people who would vote against modern medicine and saving lives. Progress will continue, but closed minds must first be opened.

Anti-Methadone Sentiment Not Rooted in Reality

Posted on August 29, 2012 | Comments Off on Anti-Methadone Sentiment Not Rooted in Reality

In browsing articles on current methadone treatment, I came across a brief one in the United Kingdom’s Daily Record specifically from the Scottish news section. The article contained a number of derogatory quotes (in regard to methadone) from Scotland’s Maxie Richards. Ms. Richards runs a foundation for addicted people in recovery.

One quote from Ms. Richards pertaining to methadone included: “To me it represents a hopeless road, a road to nowhere.” Another comment was “I think it is such a waste to let young people spend years on methadone because we don’t think there’s any hope for them.” Ms. Richards is openly critical of the government’s support of methadone treatment programs.

Her words “a hopeless road” are not a fitting description of the life enhancing benefits of methadone in treating addiction. To the contrary, methadone is often the single most beneficial intervention for someone struggling with opioid addiction. In my experience, any addiction professional who is categorically against methadone is revealing a lack of education on evidence-based treatments, and is merely expressing an unsubstantiated personal bias that is easily refuted.

Today, a former client made a surprise visit to our clinic. She had been in methadone treatment with our agency for a little over 4 years and had come off of methadone one year ago. Today, standing in our lobby, she was full of life, smiling, and enthusiastically talking about how well things were going in her life. She said that methadone had been instrumental in saving her life. Since leaving treatment, she had remained completely drug free, was full-time employed, enjoying positive relationships with her family. And she looked wonderful, very healthy, and had a beautiful complexion.

Was her methadone treatment a “hopeless road’? Absolutely not! She, and we, knew that it was a bridge to a better life. She had originally arrived at our clinic beat down, lost in addiction, hopeless, and desperate for an answer after having tried everything she knew of to get clean and sober. Choosing methadone and counseling worked for her. I wonder what Ms. Richards might think if she had the chance to see and to speak with our former client today? Results speak for themselves. Methadone programs save lives and provide a deeply desired new opportunity. True, not all methadone programs are the same. Some are better than others.

Hope … is what many addicted people find when they begin dosing with methadone. Relief … from painful opioid withdrawal symptoms is what they feel. Gratitude … is what they express for a new start in life. And eventually happiness. Which is what our former client had come to share with us on this day.

Comments Off on Anti-Methadone Sentiment Not Rooted in Reality

Posted on March 12, 2011 | Comments Off on Methadone Treatment Clients Aim For Better Lives

I just read a news article about a proposed methadone clinic that is being met with community resistance, this time in Dade County, Georgia. The county is located in the northwestern tip of the state, and would provide treatment to people living in north Georgia, southern Tennessee, and northeastern Alabama.

Somewhat disturbing were several comments by readers of the article in which the proposed clinic was forecasted to be harmful to the community. One person wrote that clinics “do not help people”, and another writer stated that the clinic “would bring more unsavory characters into the county.”

A second article on the Dade County clinic, with an accompanying news video, showed an interview with a local store manager in a neighboring county. This store manager is located across the street from an existing methadone clinic. In the interview, the man said “Keep you eyes open and your ears open and watch out for people … because that (methadone) is some bad stuff.” The TV interviewer then asked the man had he observed any problems related to the clinic’s operation and he responded “I’ve not noticed any real bad things or anything happening around here.” He then goes on to say later in the interview “They’re (methadone clients) not causing any trouble.”

The TV interviewer for News Channel 9 also added that a number of local people she had interviewed for the piece (who did not want to appear on camera) confirmed that the clinic “had not had a negative impact on the area.”

This exemplifies the irrational fear & unjustified public condemnation of methadone that is often the norm in small communities. The reality is that the store owner referenced above had not seen anything troubling (per his own account), and the others interviewed said the clinic had brought no negative impact to the area. Think about that.

These community members, many of whom are obviously harboring unwarranted fears and suspicions, would most likely change their opinion of methadone clinics & methadone clients if they could simply meet them. The condemnation of those we do not know is an age-old problem, as are hate, harsh judgment, and fear of the unknown.

Importantly, methadone maintenance blocks the effects of other opiates, stops withdrawal sickness, helps addicted people feel better emotionally, and allows them to go to work, raise their families, pay their mortgage, and become productive again. That clinic across the street is not a drug haven. It is a place where people, with good intentions and genuine hope, begin to reclaim their lives. They’re willing to step onto a new path leading to a drug free life. Is this really so terrible?

Comments Off on Methadone Treatment Clients Aim For Better Lives